Recently, I was messing around with some tools online and learned how to colorize some images. Of those, almost half were Packard family photos which I’ve posted on Find A Grave in the past. This post shows those photos for the first time! They tell more of the story behind these individuals.

This picture, which comes from the Plainfield Historical Society, at Camp 55, shows Cyrus [on he right] (along with Joseph Beals Jr. [on the left]), listed as a member of the Plainfield chapter of the Sons of Veterans of the Civil War (SUVCW). At first, this image may not make sense because Cyrus did not fight in the Civil War. However, SUVCW are direct descendants from those who were “regularly mustered and served honorably in, was honorably discharged from, or died in the service of…regiments called to active service…between April 12, 1861 and April 9, 1865.” This means that Cyrus is wearing his father’s uniform, hat, and pants, with two medals either on the uniform or given as a part of his membership in the SUVCW.

While the colors of Cyrus does not reveal much, apart from black leather shoes, it is clear that Joseph is wearing blue pants. Perhaps Cyrus is as well? The above shows more of the created background behind them than the original.

Here is the original photo: 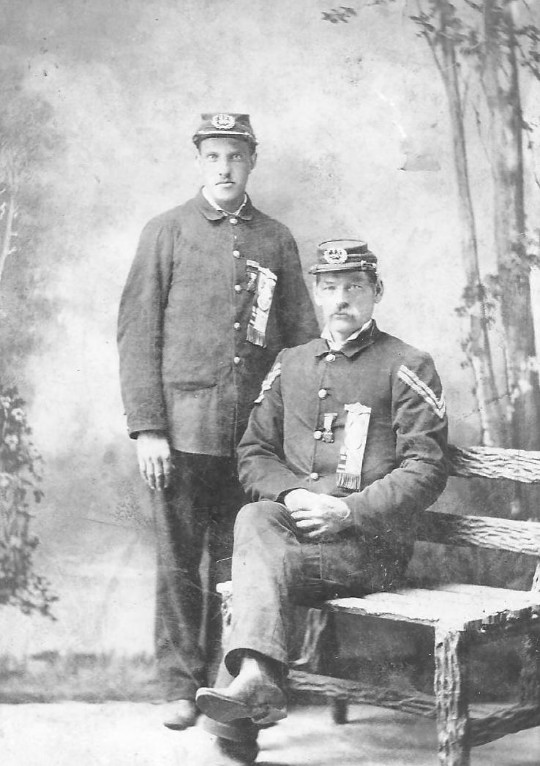 This colorized image doesn’t add much information from the original other than the background and their faces. Here’s the original: 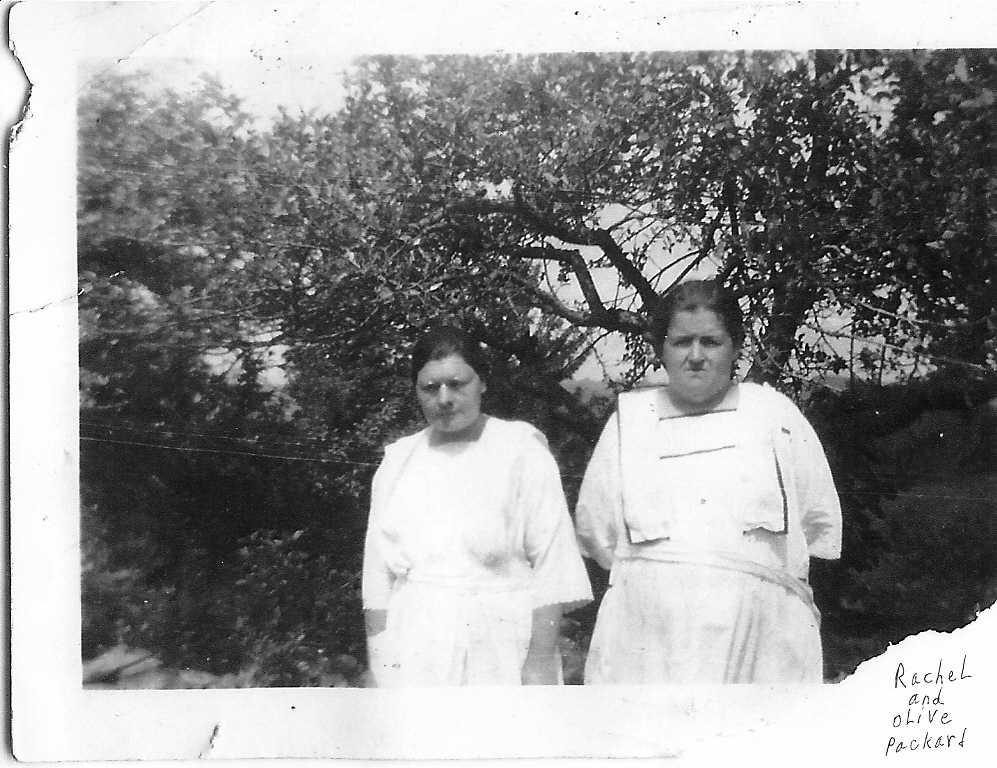 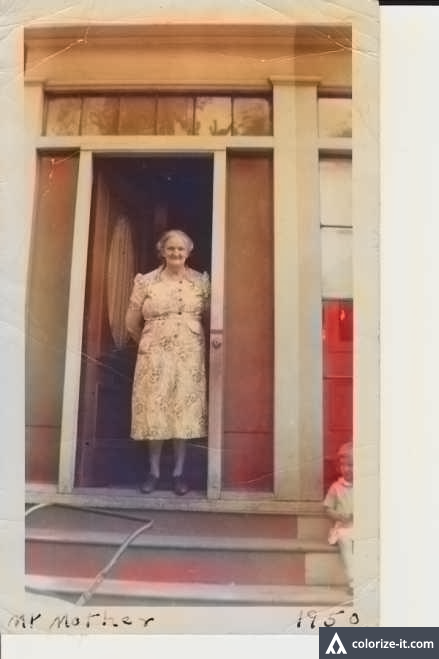 This has to be so many times better than the original! Showing Mabel in 1950, courtesy of DGVallender on ancestry, this image brings color to the life of Mabel, a daughter of Dora Mills and Cyrus W. Packard and sister of Robert Barnabas Packard, later called Robert B. Mills or RBM II. He is the original: 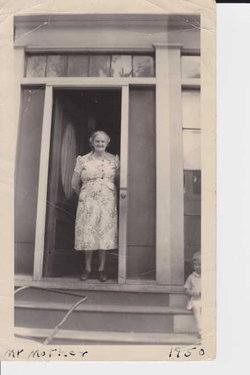 Cyrus, Dora Mills, and family. Originally posted by dawnbrick on ancestry. Mabel is the baby that Mom Dora is holding. Dora did not survive Mabel’s infancy, and Mabel was then adopted by the Cosgroves. As she grew older, Mabel kept up with her Packard siblings.

Other than accentuating the colors of the image, this doesn’t add much detail. Sadly, this version cuts out Joseph Packard, unlike a clearer image, which is available. Here is the original image: 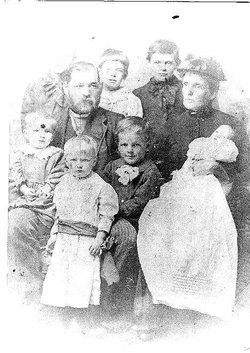 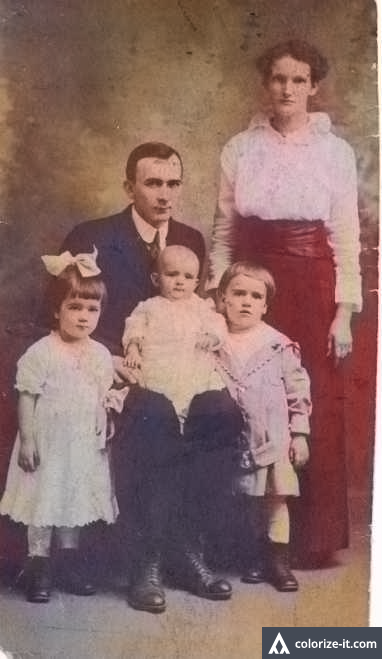 This shows Mabel in her earlier years, unlike other images shown in this post. The new colors show that Mabel was wearing a darker color dress and white blouse, while Giles (in the back) is wearing a black suit coat with a tie and white collared shirt. Everyone except Mabel, to our knowledge, is wearing boots! Here is the original: 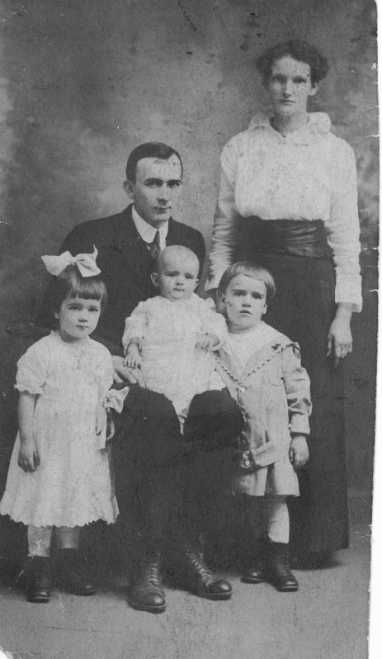 While this is not the best image in the world, it does tell something about E.P.W. Packard, that she was a learned, but a woman who lived simply, not with much flourish. Perhaps, she even had brown hair, as it seems here. Here is the original image: 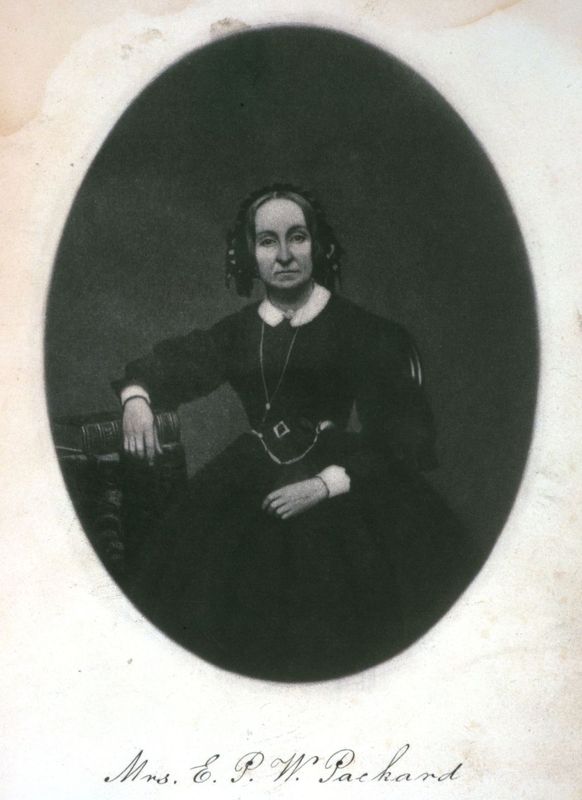 “Bertha Gurney Packard (Mother of William A.).” Comes from the Plainfield Historical Society. William A. was William Albert Packard.

Again, Bertha clearly had style, no doubt about it. The colors aren’t as great as one might hope, but they do seem to imply that what she is wearing is deep blue in color. Here is the original image: 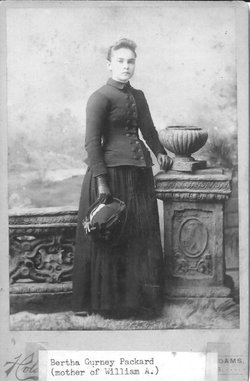 I hope you enjoyed this photo series! Until next time.